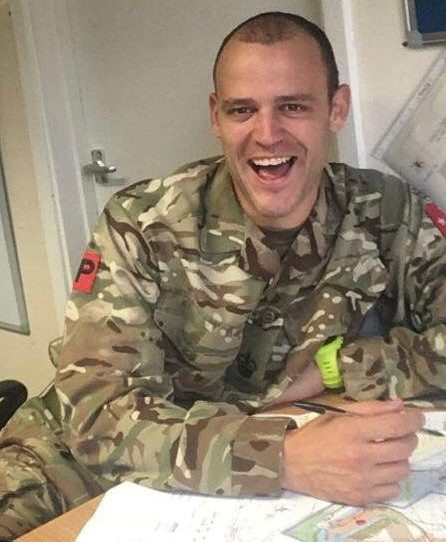 An army warrant officer who had half of his penis removed after doctors misdiagnosed his cancer three times has been told he may only have a year left to live.

Gavin Brooks, 45, a dad of two from Crewe, UK says he has been left with a ‘Frankenweiner’ after undergoing an operation to have a cancerous tumour removed.

He said: ‘I hope I can get some sort of treatment abroad that can help make the cancer smaller and make my lifespan longer so I can stay around as long as possible. 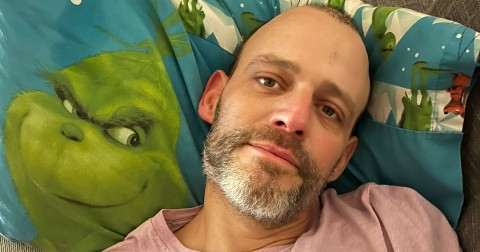 ‘My son Jorge says he is going to lift the World Cup one day and I want to be around for that.’

Gavin, went to army doctors three times in 2021 after he experienced a tight ring of skin around his penis foreskin and later a lesion on the tip of his penis.

‘The best way I can describe it is like a ring of tissue or hard skin within the foreskin.

‘When I would retract the foreskin, I would have to pull it over the head of the penis.

‘The skin that connects the foreskin to the penis broke and would bleed and cause pain when I would go for a wee, I knew this wasn’t normal and that I had to get it checked out.’

At first, army doctors believed Gavin was suffering from genital warts, but he had been married for 20 years and said he had never been unfaithful.

Four weeks later when the issue had not cleared, Gavin went back to the same doctor who still believed it to be a wart.

After seeing a different army doctor, Gavin was prescribed a cream.

He then referred himself to a sexual health clinic, which referred him to a dermatologist, who took a biopsy from the penis.

When the result came back, he was given the crushing news that he had penile cancer.

In January, Gavin went for an operation where he had part of his penis removed.

He said: ‘They lifted my penis up and cut it in half and took a skin graft from my leg to make a penis head, but it is flat with a hole in.

‘I’ve nicknamed it the “Frankenweiner”. When I woke up in hospital I was so scared at how much of my penis looked to have been removed as it had a dressing on it and a catheter fitted.’

Despite the operation, the cancer had spread and he needed further surgery in April 2022 to remove lymph nodes in his groin and intense chemotherapy in June.

Devastatingly, the first round of chemotherapy hasn’t worked, and the cancer has spread to other parts of his body.

He is now undergoing a second chemotherapy treatment with radiotherapy included too.

Gavin says he is now looking to seek other treatments that are not offered by the UK’s National Health Scheme including immunotherapy, proton beam therapy and dendritic cell treatment, which are widely used in Germany, Gibraltar and Japan in the advanced cancer stages.

He said: ‘I’ve spent 24 years in the army and a great amount of that time as a fitness training instructor and I use exercise to get rid of stress, now I have to be sat in a wheelchair to watch my little boy play football.

‘I can’t walk long distances and I now use a wheelchair more than I walk.’

Now, he’s urging men to check their penises more regularly for symptoms and has launched an Instagram page called Screaming Cockerel to raise awareness of the disease which has robbed him of his health and mobility.

He added: ‘If I had been diagnosed earlier, I may have only ended up requiring a circumcision that could have prevented the rest of the operations and chemotherapy.

‘That’s why I need to raise as much awareness for this rare and unknown cancer, so more time and research can be spent into the treatment and diagnosis of this deadly disease before it’s too late.’