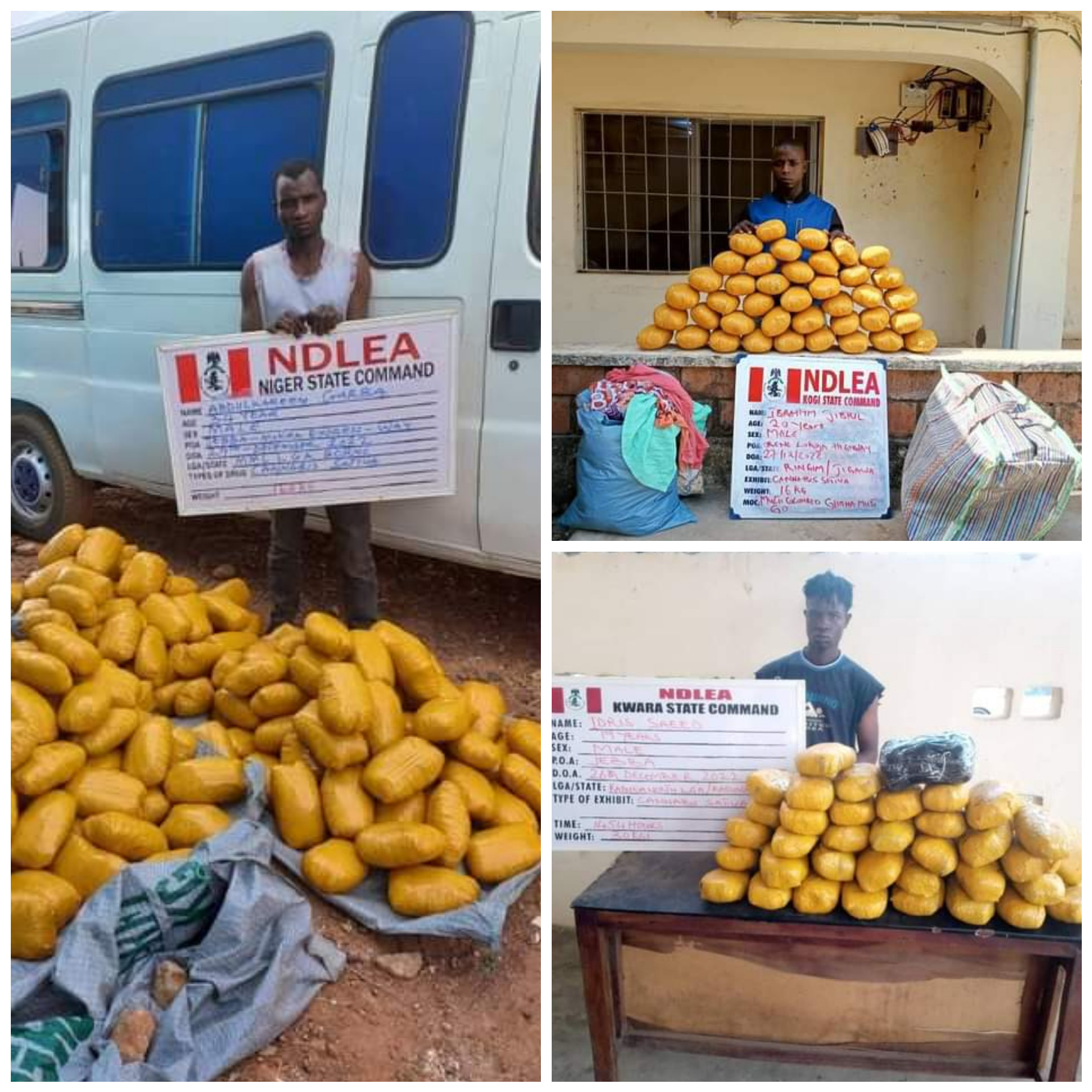 Operatives of the National Drug Law Enforcement Agency, NDLEA, have arrested three traffickers with a total of 256 kilograms of illicit substances seized from them during interdiction operations in Kwara, Kogi and Niger state.

Spokesperson of the agency, Femi Babafemi, in a statement on Sunday, January 1, 2023, said a team of NDLEA officers on stop and search duty along Ilorin- Jebba highway on Monday 26th Dec arrested a suspect, Idris Saeed, 19, with 60 blocks of compressed cannabis sativa weighing 30kgs.

NDLEA operatives in Niger state on similar operation along Jebba-Mokwa road also recovered 240 blocks of the same substance weighing 168 kilograms, from multi-colour sacks loaded in a Peugeot J5 bus, with registration number MAG 146 XA, coming from Lagos and going to Kano for delivery.

In Kogi state, operatives intercepted a truck coming from Onitsha, Anambra state to Maiduguri, Borno along Okene-Abuja highway where 9,900 ampoules of pentazocine injection (42kgs) were recovered on Saturday 24th Dec. In the same vein, a suspect, Ibrahim Jibril, 20, was arrested on the same route with 40 blocks of cannabis sativa weighing 16kgs coming from Lagos to Jigawa in a Toyota Hiace commercial bus on Tuesday 27th December..

While commending the officers and men of the Kwara, Kogi and Niger state Commands for the arrests and seizures, Chairman of NDLEA, Brig. Gen. Mohamed Buba Marwa urged them along with their compatriots across the country to step up their offensive action against drug cartels in the new year with equal focus on drug demand reduction efforts. 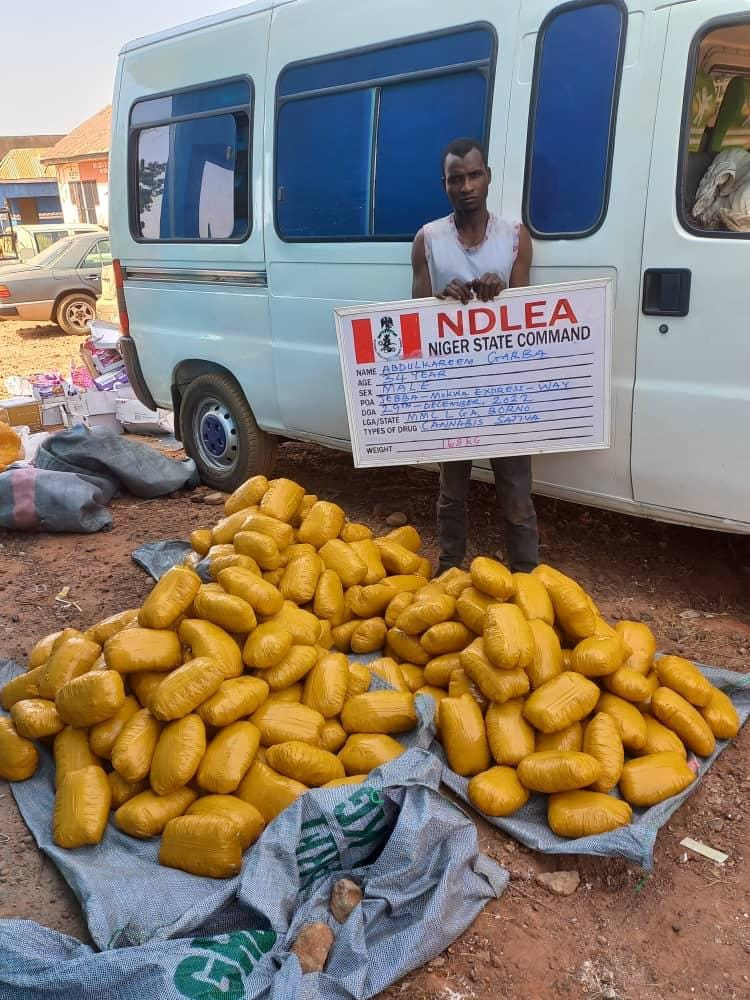 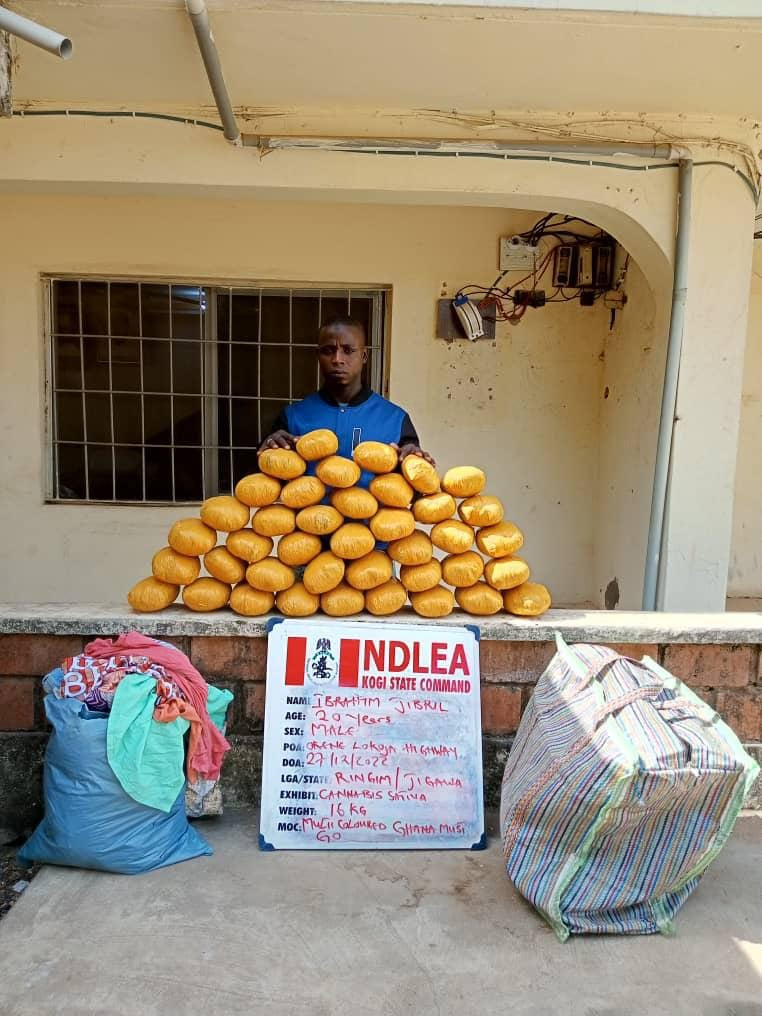 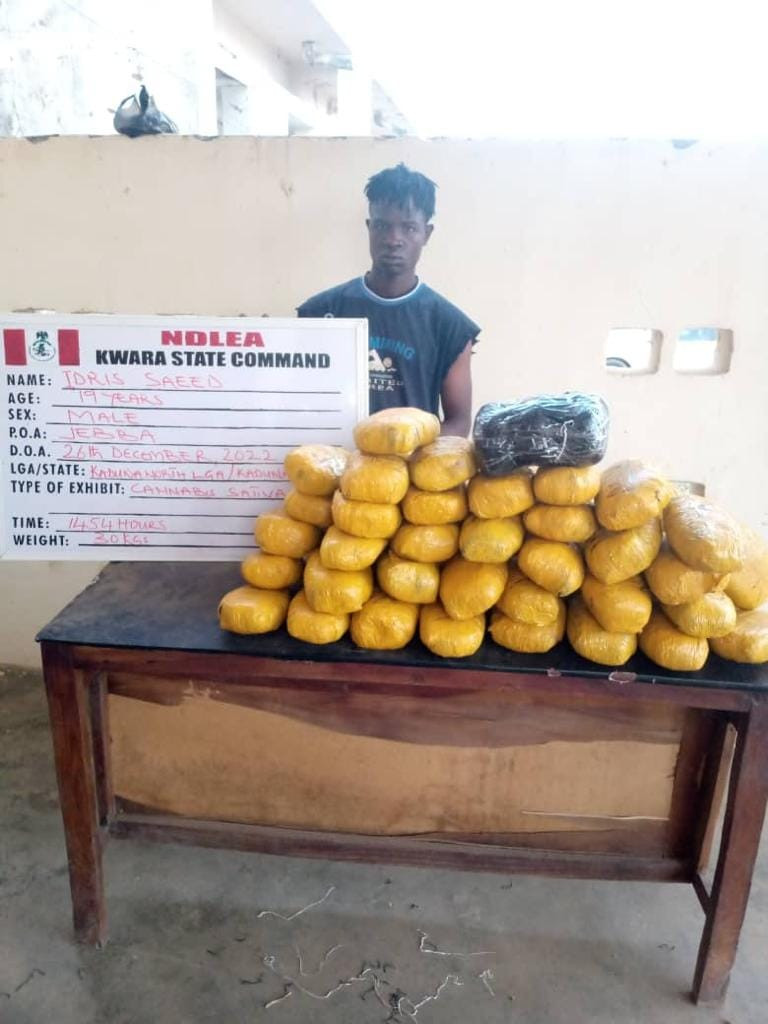 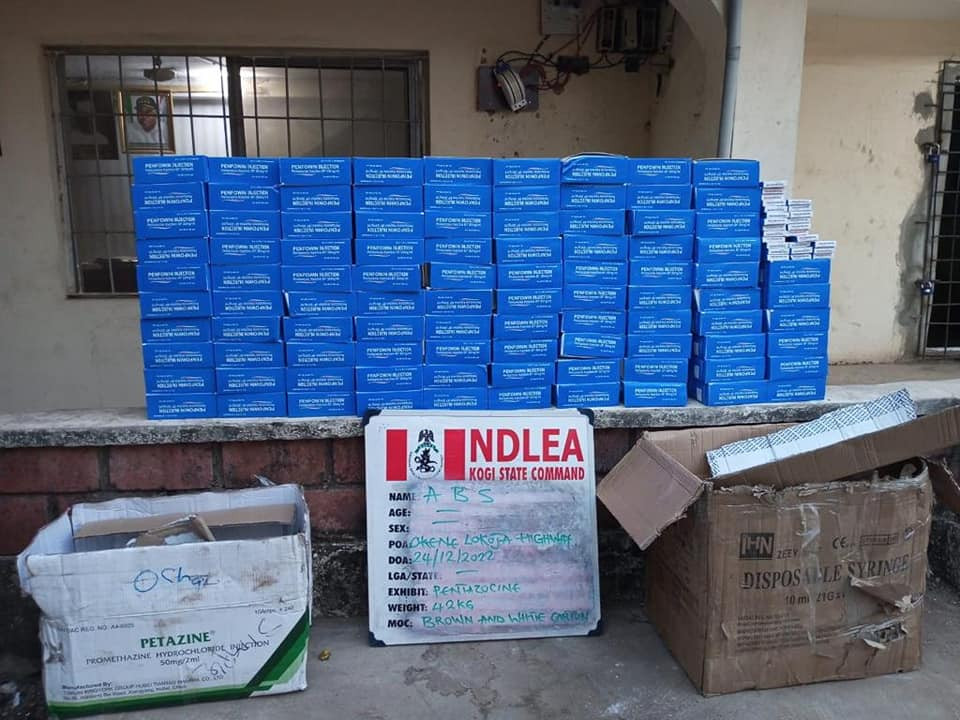