The mother of R&B singer Sammie has been charged with second-degree murder in the random shooting of a mother of two.

The Orange County Sheriff’s Office apprehended 56-year-old Angila Denise Baxter and charged her in the January 12 shooting of a woman named Nekaybaw Collier.

Reports say Baxter allegedly shot a firearm at random cars and vehicles passing her across different parts of Orlando.

An arrest affidavit shows Baxter shot at or into at least three vehicles (across Orlando), one of them being a black 2015 Mercedes Benz, belonging to Collier — who was struck by a single bullet in her left abdomen. 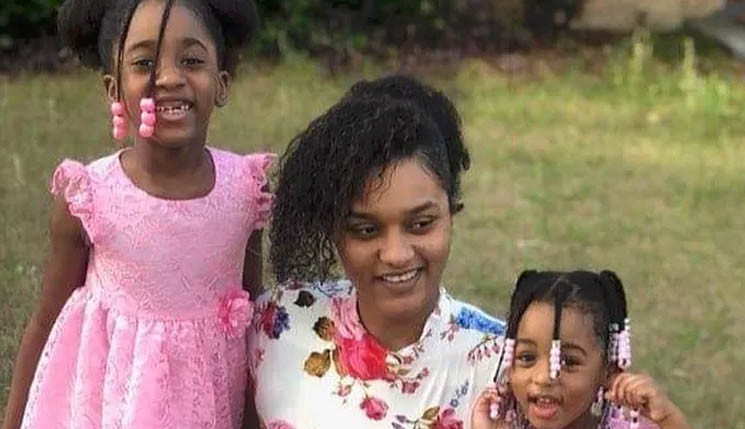 Police found her in her wrecked car on North Powers Drive and rushed her to a hospital, where she later died.

According to Collier’s husband, Kevin Moore, she was on a grocery run, just a mile away from her home. He says, “My younger daughter thinks mommy is coming back from the store. It’s hard to explain that to a child.”

Police claim Baxter told them that she believed she was being followed by multiple people — and that was why she began firing off round after round at various cars and people passing her by.

It is also alleged that Baxter suffers from mental health issues. After being interviewed by detectives, Baxter admitted to firing her weapon, but claimed that she did not know Collier or the owners of the other cars she hit.

The Orange County Sheriff’s Office has since issued a statement following the death of Collier. They said, “We extend our deepest condolences to Nekaybaw’s family for the senseless killing of this young mother, wife, and daughter.”

Earlier today, Sammie pleaded with the public to respect his wish for privacy after his mother was charged with murder. 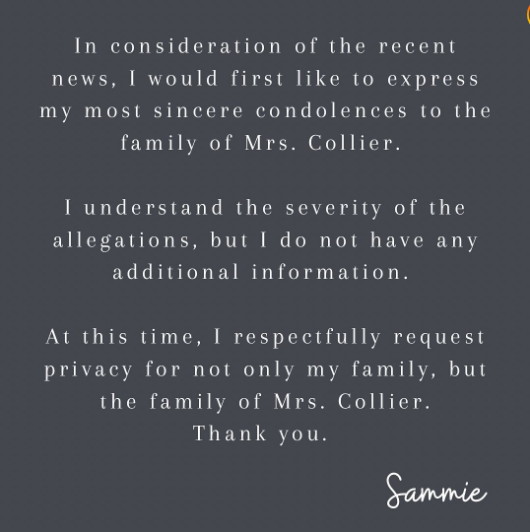