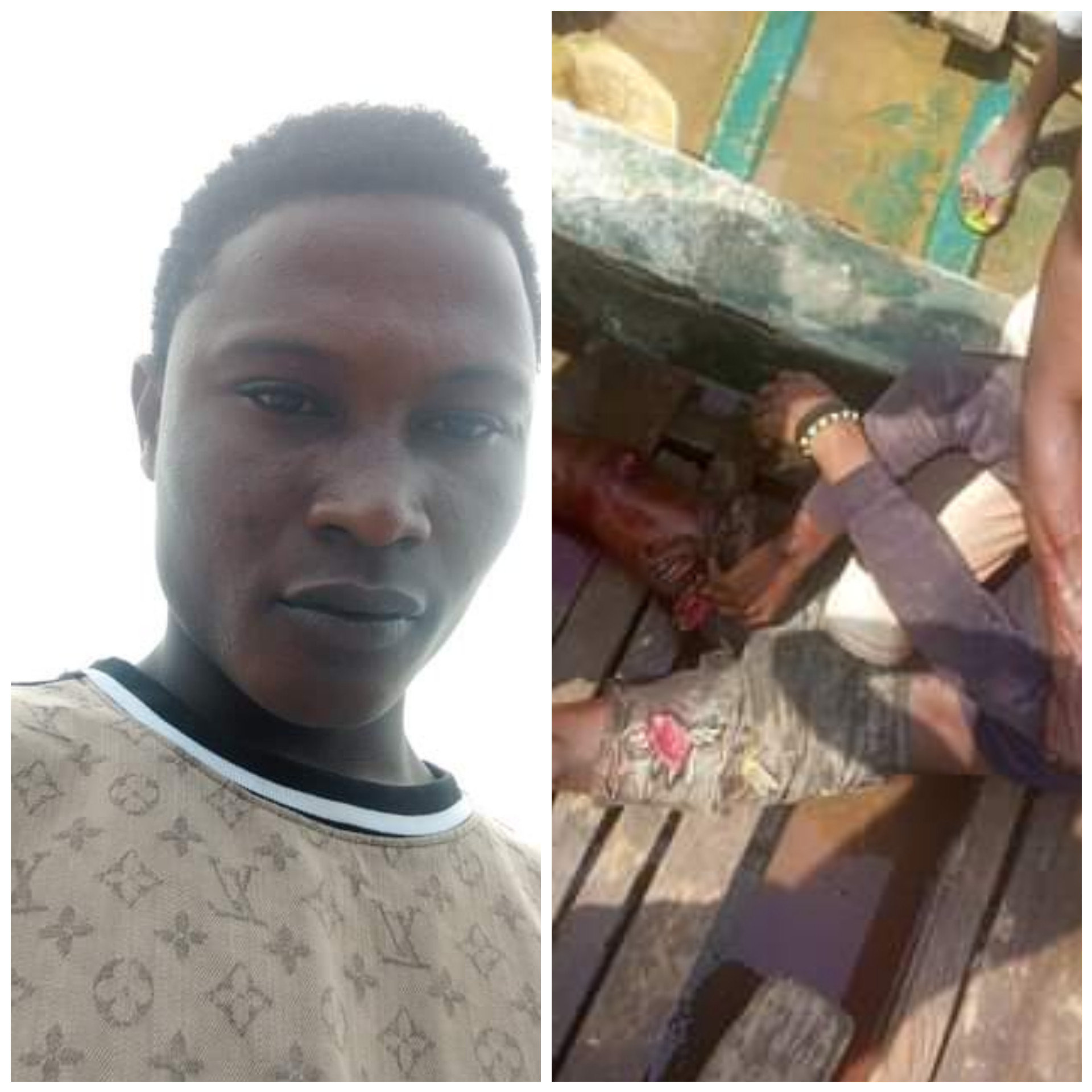 Suspected herdsmen have killed a father and son in Toru-Angiama community in Patani Local Government Area of Delta state.

The incident which occurred in the early hours of Monday, 23 January 2023 caused pandamonium in the hitherto peaceful community as some panic-stricken residents fled the area

The victims identified as High Chief Dennis Egbejule and his son were butchered to death in their farms in what was described as an unprovoked attack.

It was gathered that one other person was inflicted with gunshot injuries as several others were said to have been held hostage by the herdsmen who invaded the community’s farmhands.

According to the Nigerian Tribune report, some herders in the community and environs had been intimidating and harassing residents in the area in recent times.

Giving details of the incident, the Chairman of the Ijaw Youth Council, IYC, in Kabowei kingdom, Mr Andrew Ekiyor said the victims had gone to their farm when they met the herdsmen destroying their crops.

“In the process of trying to stop them, they had an argument and that was how they were attacked. One other man was also shot but he did not die. He managed to escape into the community and made us understand that some people are still being held hostage in the bush.”

“The boy (the man’s son) did not die instantly, so they chased the boy into the community. People saw it very well.”

He disclosed that everybody in the community was scared and that some people had run away from the village.

Another source who also said the man’s son did not die on the spot, disclosed that he was being rushed to the hospital but because the place is not motorable, they wanted to use a boat, however he later died.

Spokesperson of the Delta State Police Command, DSP Bright Edafe, who confirmed the killing on Monday evening, said that no suspect has been arrested in connection with the gruesome murder. 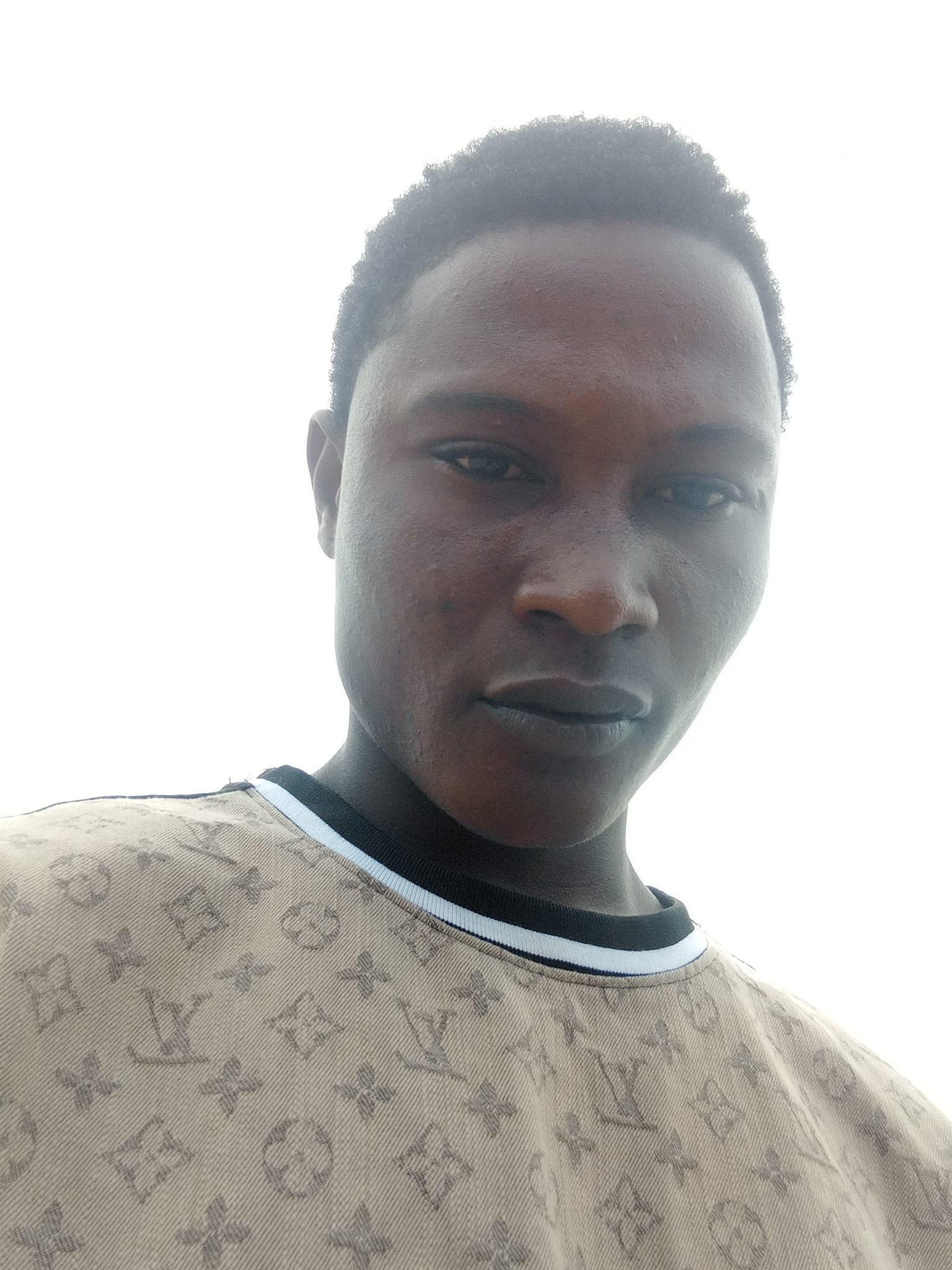 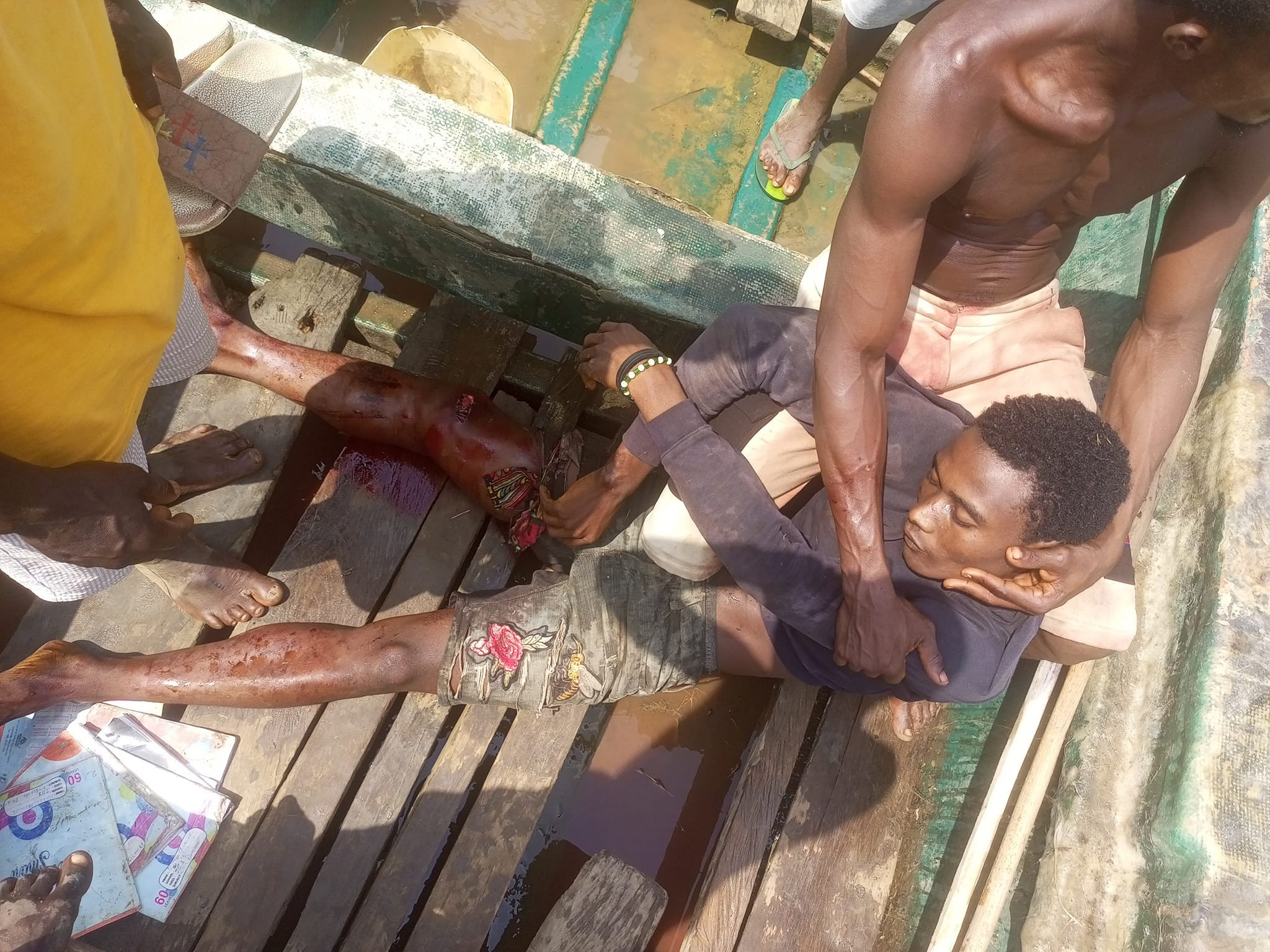 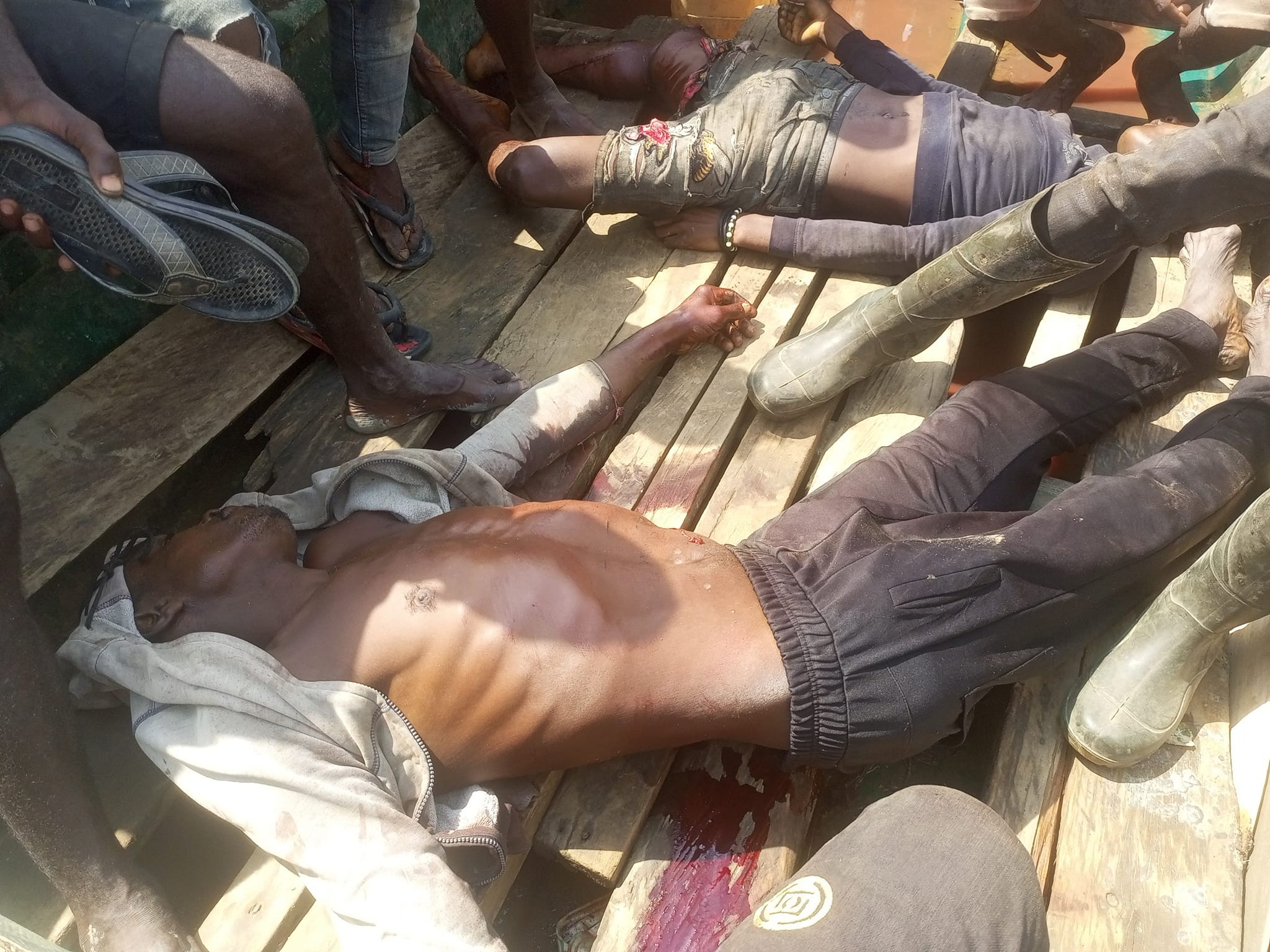 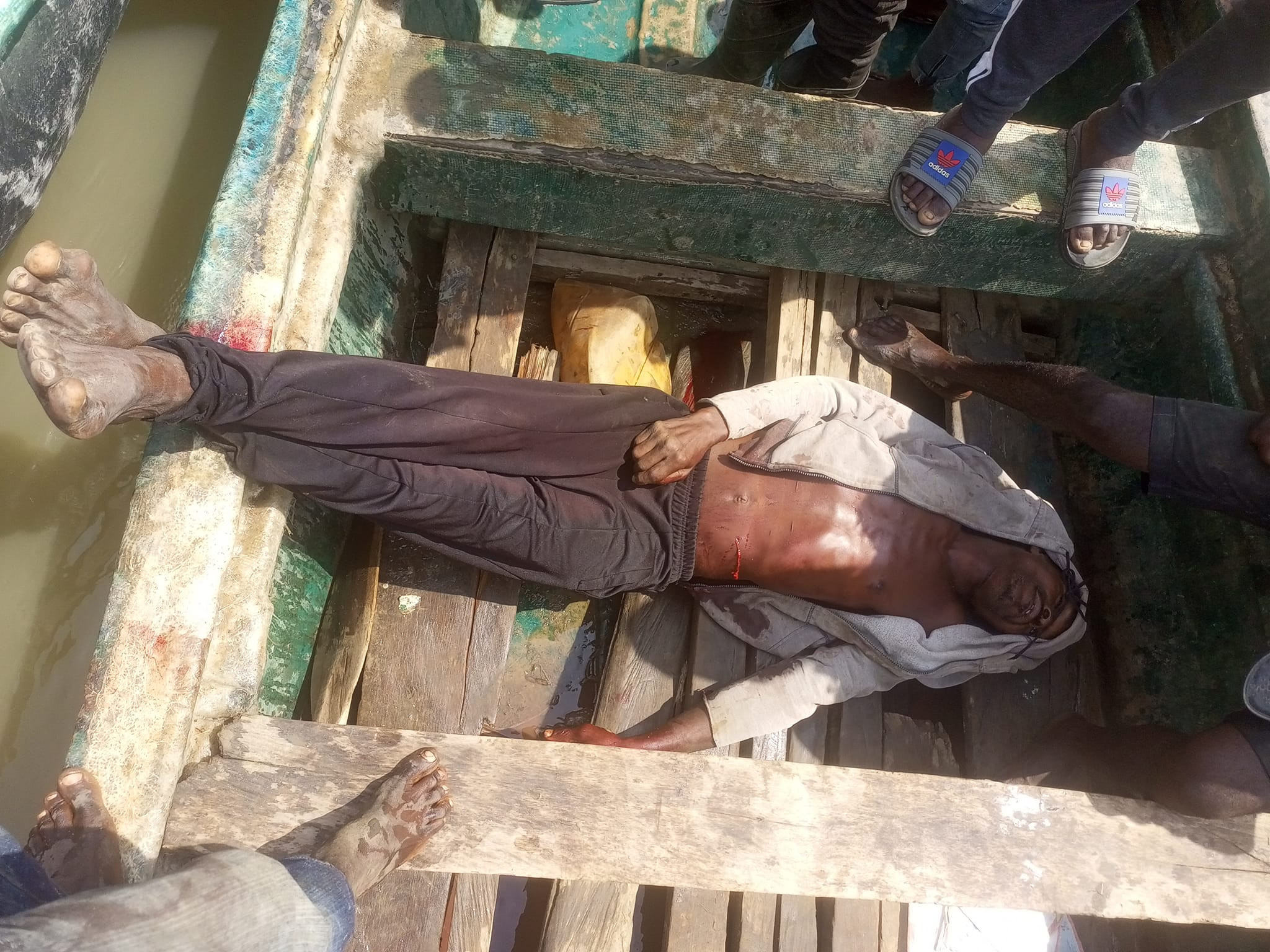 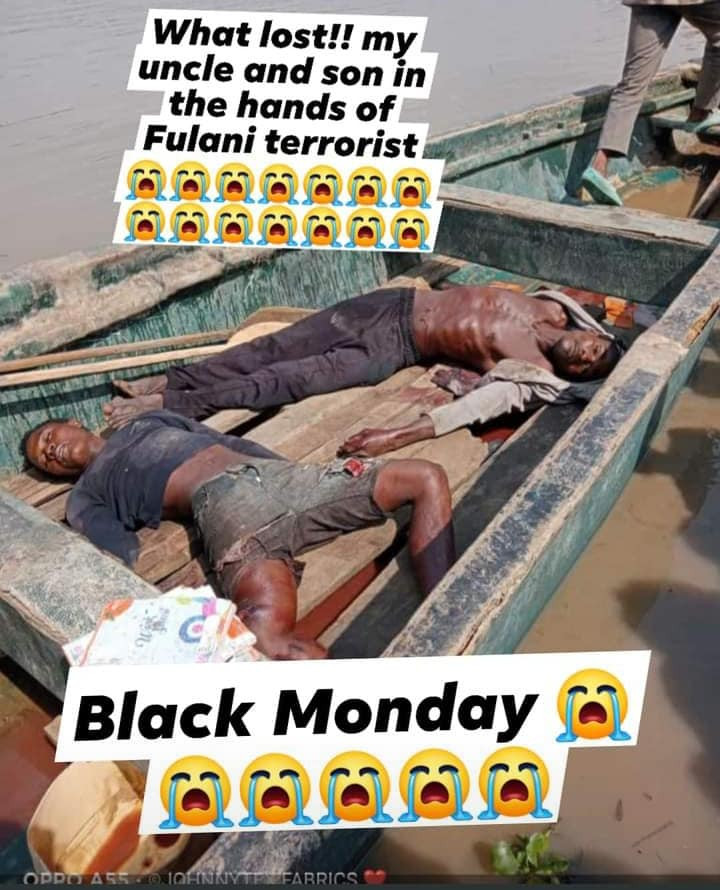 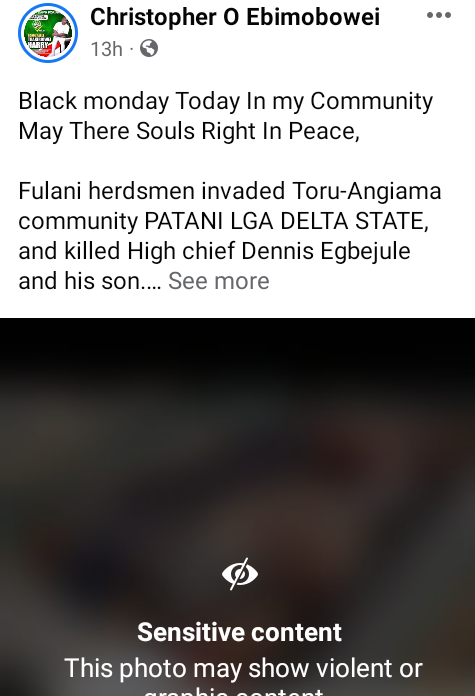 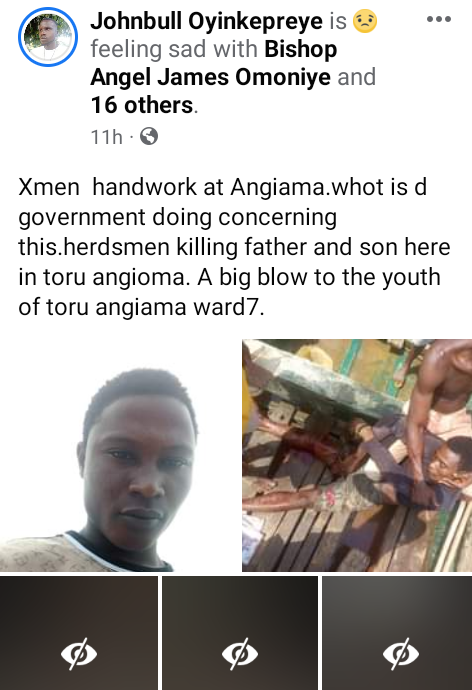