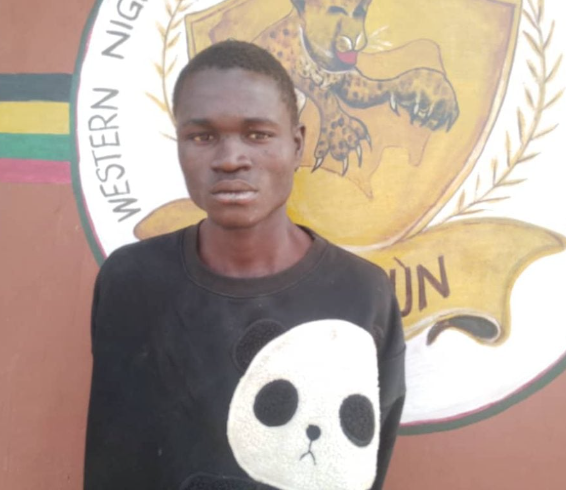 A suspected criminal has been apprehended by operatives of the Western Security Network Agency, Amotekun, Osun, for allegedly being a member of a kidnap gang terrorising some parts of Edo State.

Anetor Destiny was arrested on January 1, 2023, in Ila Orangun and reportedly confessed to the crime.

Amitolu Shittu, the Osun Amotekun Field Commander, disclosed that Destiny and his gang members fled from Edo to Osun State to avoid being arrested but luck ran out on them.

The Amotekun Field Commander revealed that the other gang members include: the gang leader, Emmanuel, 20, Isaac, 17, Happiness, 18, and Abraham, 18.

He added that when Destiny was apprehended, the other members fled in different directions into the surrounding bushes.

He said: “He was tracked following his suspicious movement in Ila-Orangun town which prompted his arrest by men of the corps for questioning.

“During interrogation, he confessed to being a member of a kidnap gang, whose other members have fled.

“He confessed further that their gang was responsible for the kidnapping in Benin/Ondo expressway and they operate with guns and other dangerous weapons.”

He added that the security outfit is committed to ensuring a safe and secure environment for the people of Osun.