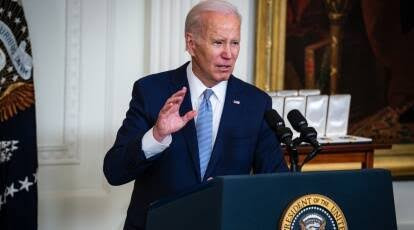 Items from Joe Biden’s time as US vice president discovered in a private office are 10 classified documents including US intelligence memos and briefing materials that covered topics including Ukraine, Iran and the United Kingdom, CNN says according to its source familiar with the matter.

The documents found reportedly were dated between 2013 and 2016.

They were found in three or four boxes that also contained unclassified papers that fall under the Presidential Records Act, the source said.

The source reportedly told CNN that majority of the boxes in the office contained personal Biden family documents, including materials about Beau Biden’s funeral arrangements and condolence letters.

US Attorney General, Merrick Garland has assigned the US attorney in Chicago, to investigate the matter. Garland made this move after receiving a referral from the National Archives and Records Administration.

The documents were discovered on November 2, just six days before the midterm elections, but the matter only became public Monday due to news reports.

According to the CNN report, a personal lawyer for Biden was closing out the downtown DC office that Biden used as part his work with the University of Pennsylvania. The lawyer saw a manila folder that was labeled “personal,” opened the envelope and noticed there were classified documents inside. The lawyer closed the envelope and called NARA, the source said.

After making contact with NARA, Biden’s team turned over several boxes in an abundance of caution, even though many of the boxes contained personal materials, the source said.